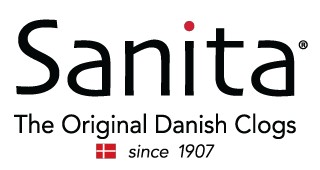 Recently, Orthotic Shop added Sanita Clogs to our lineup. Offering stylish, professional footwear that never compromises on comfort; we thought that the Danish footwear company was the perfect addition for our store.

Sanita, which bills itself as the makers of the original Danish clog, is a popular international brand with an amazing startup story more than a century in the making.

Walk around Amsterdam today, and you won’t find many residents in wooden shoes, but this wasn’t always the case. From the first recorded instance in 1481 and continuing for the next four centuries, the wooden clog is an iconic staple of Danish culture.

One thing that made clogs so popular in much of medieval Europe was the fact that wood was relatively cheap and plentiful. Importantly, the hard shell of a clog protected feet from heavy objects, sharp tools, and even acid. This made them ideal for fishers and farmers, as well as an everyday shoe popular with those who lived in the city.

For the Dutch, they also provided a lucrative source of income. In fact, farmers in the fertile Jutland region would frequently house a clog maker to create shoes for the family to sell when they went to market. The inexpensive shoes also proved an outlet for artisans to make a name for themselves. From attractive patterns to useful design updates, no two pairs of handcrafted clogs were exactly alike. For example, the iconic “hook” pointed toe on Danish clogs was perfect for fishermen who used it to grab onto their wet nets while at sea.

Christen Meldgaard Andersen was born in 1881 to a family of shepherds in rural Holland. When he was 18, he became the apprentice of a slipper maker where he learned how to make comfortable shoes, a skill he’s use to turn his shoes into an international brand. By the time he was 27, Christen decided that it was time to strike out on his own and he opened up his shop in Skolegade in Herning.

Initially, he sold his shoes by going door to door to local stores. Putting a pair under each arm, he rode his bike between shops, showing the comfortable design he created by combining what he learned during his apprenticeship. While he experience moderate local success, his sales really took off when he started taking the train to larger towns in the surrounding area.

As the business grew, Christen and his son Johannes begin creating new designs to grow their brand. From their popular wooden-soled boots in the 1970’s to their first non-wooden sole shoes in 1988, Sanita grew and began selling their shoes outside of their native Europe.

In 2007, the company produced more than a million pairs of shoes a year, a number that continued to grow as Sanita added new designs and expanded into more than 50 countries. Despite this growing demand, the Danish shoemakers still produce all of their shoes in Europe where they can closely monitor production to ensure that each pair meets their strict standards of quality and comfort.

A Commitment To Comfortable Footwear

Sanita’s story is great. As a startup ourselves, we admire the creativity and passion Christen brought to his business. However, creativity alone won’t get you a spot in our inventory. For that, you have to create a comfortable shoe that we’re convinced our customers will love.

Approved the American Podiatric Medical Association (APMA), Sanita clogs feature a contoured outsole that give you the support you need to make it through the day, even one spent on your feet. This is why their shoes are so popular with nurses and other professionals who spend a majority of their shift walking.

In addition to the comfortable footbed, Sanita clogs feature a unique rolled heel design, which helps promote a natural gait and their professional series features durable uppers that you can clean with a wet cloth so everyday spills won’t keep you from looking your best.

In addition to their professional clogs, Sanita also makes distinctly Danish footwear for most occupations. From their iconic wooden-heel pumps to their brand new synthetic O2 line, some of their shoes bear little resemblance to those wooden clogs Christen sold in 1907.

What hasn’t changed is the company’s commitment to comfort, which is why we’re happy to add them to our own collection here at Orthotic Shop.